First of all, as if it is day 20 already! I have no idea where this month has gone as I have been so busy all the time. I can’t believe there is only 4 more days of Blogmas after this!

Today George and I decided to drive up to Beamish for a day out. I heard about the ice skating rink and little Christmas stalls they had and I really wanted to go. I used to go to Beamish all the time when I was younger and I hadn’t been in so long, so Christmas seemed like a perfect time to pay another visit. 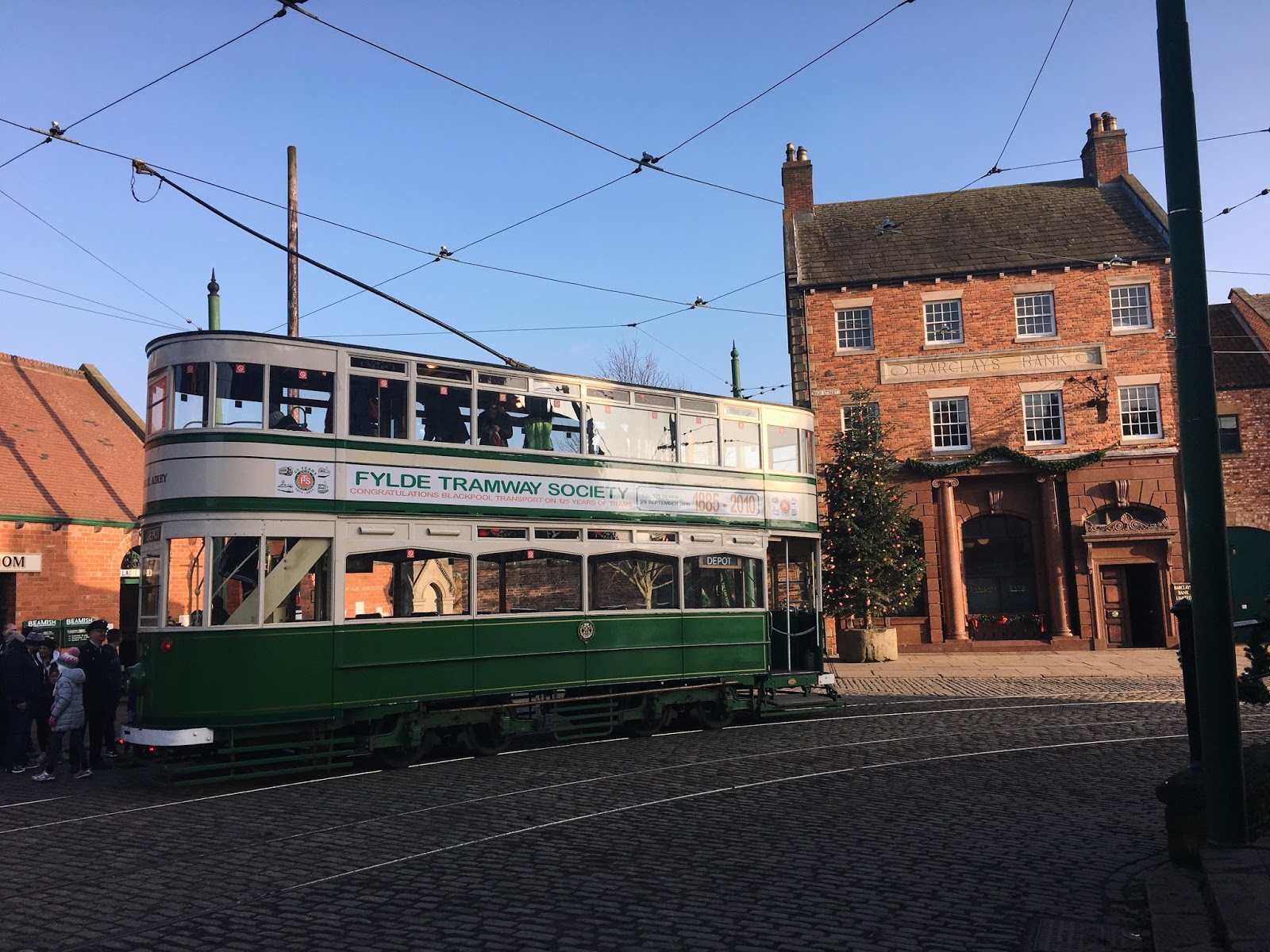 The really good thing about Beamish is that once you buy a ticket it lasts for the whole year, so you can come back as many times as you want during the year! Which is great as they have so many events throughout the year. A student ticket was only £13.50, which is a good price considering we are definitely planning to come back!

The whole museum was decorated so Christmassy, it was so cute. There were countless Christmas trees, lights, garlands and wreaths scattered around. We got the tram straight to the Town to look in the shops and houses. 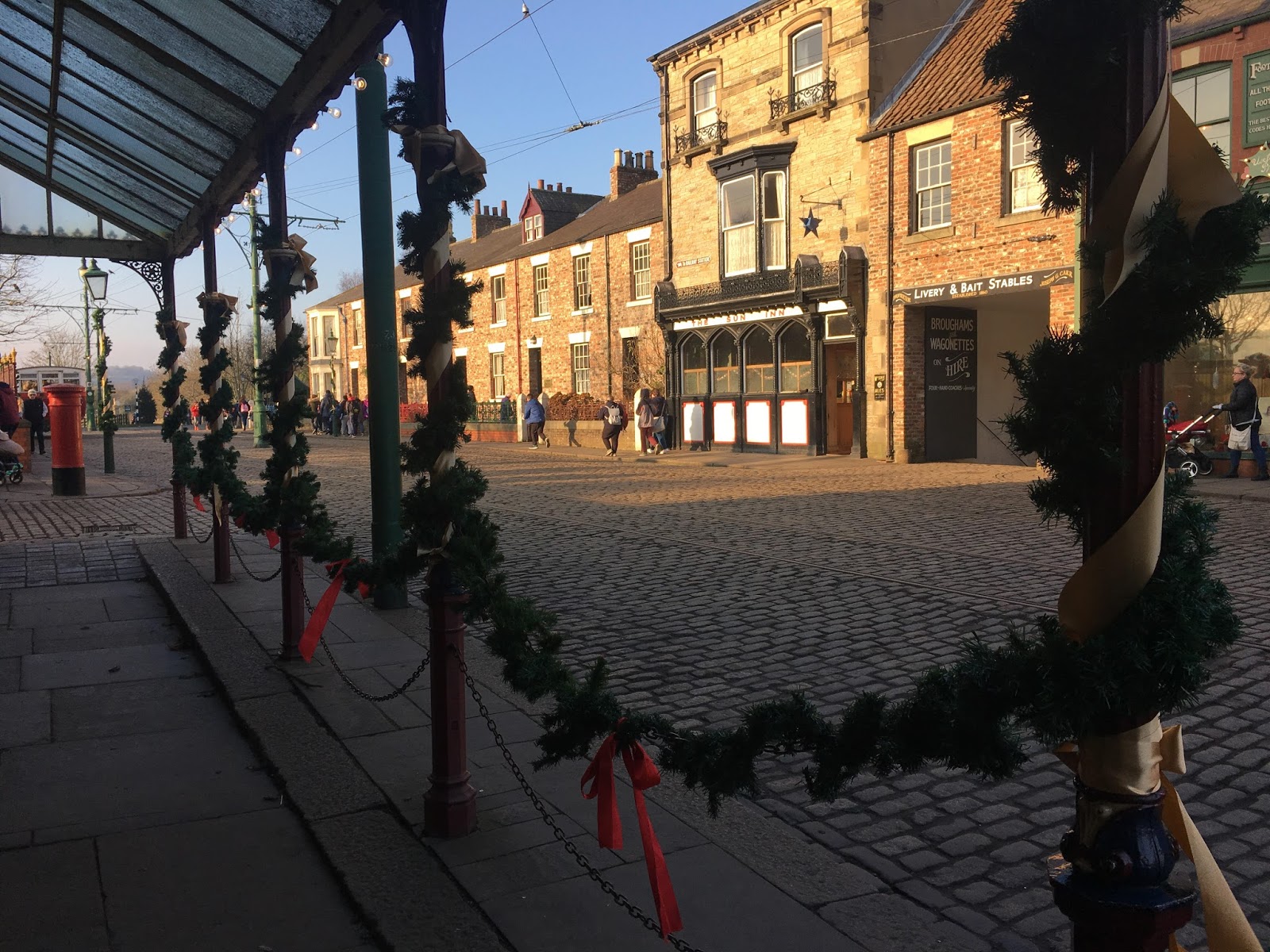 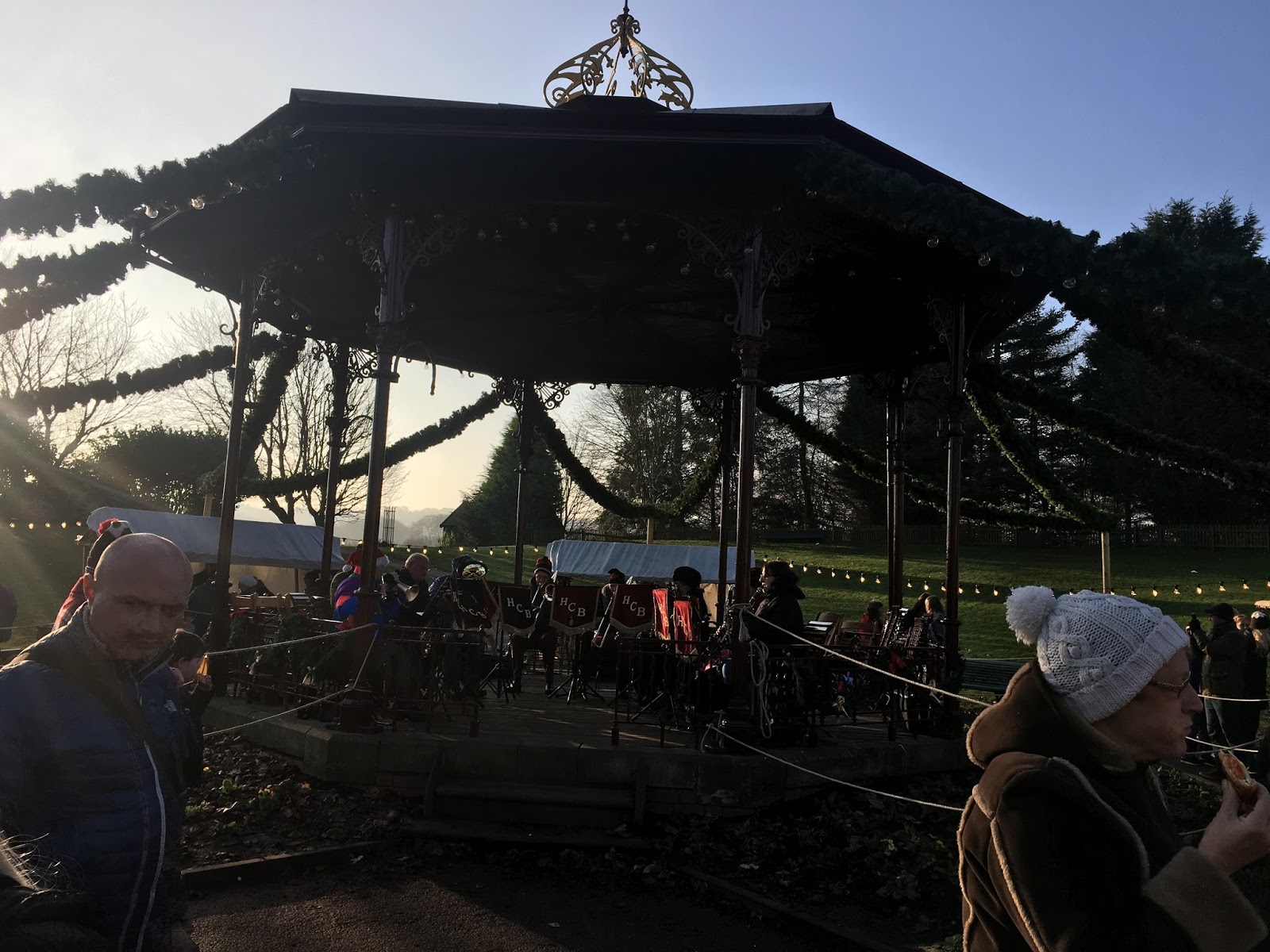 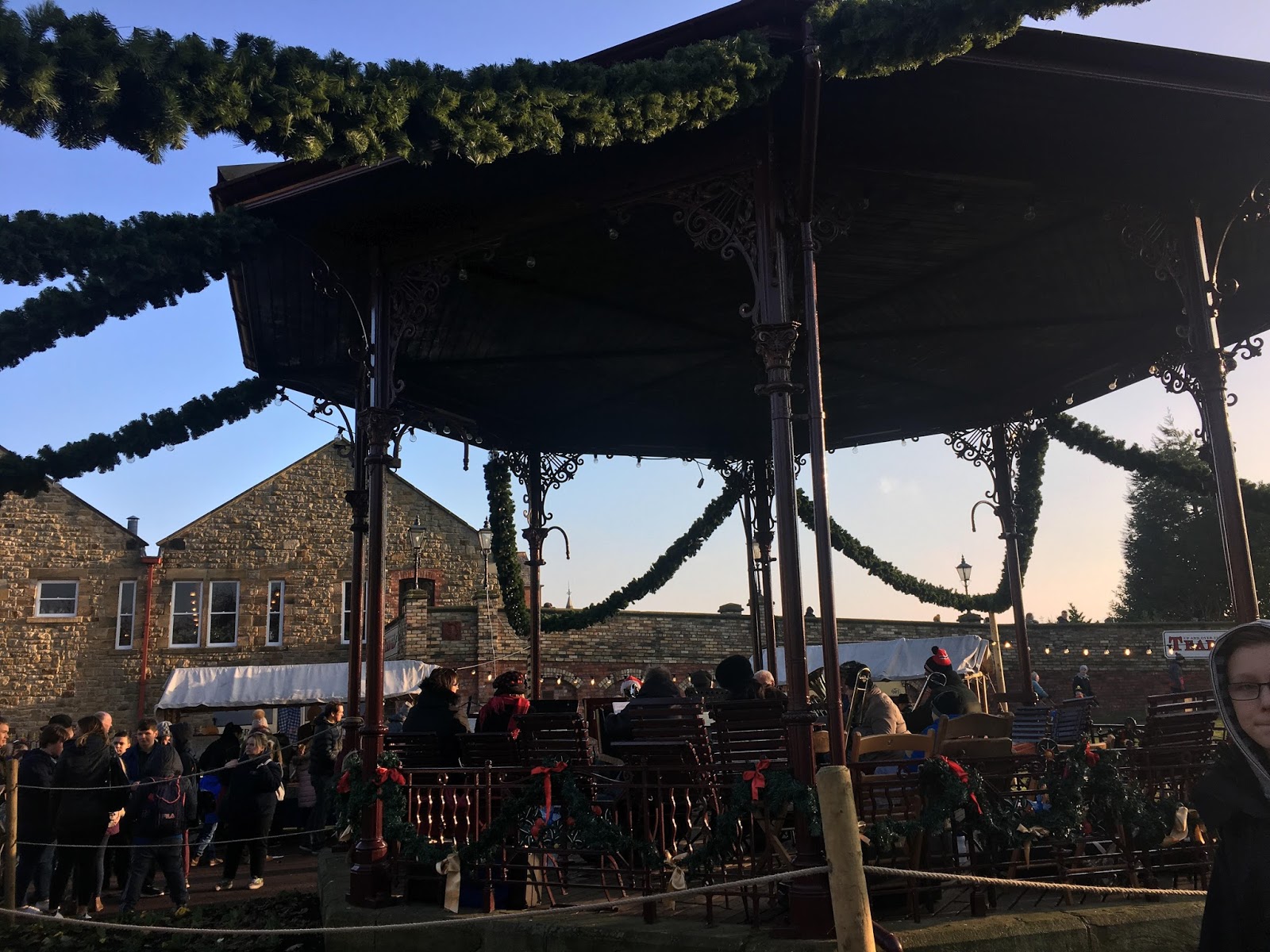 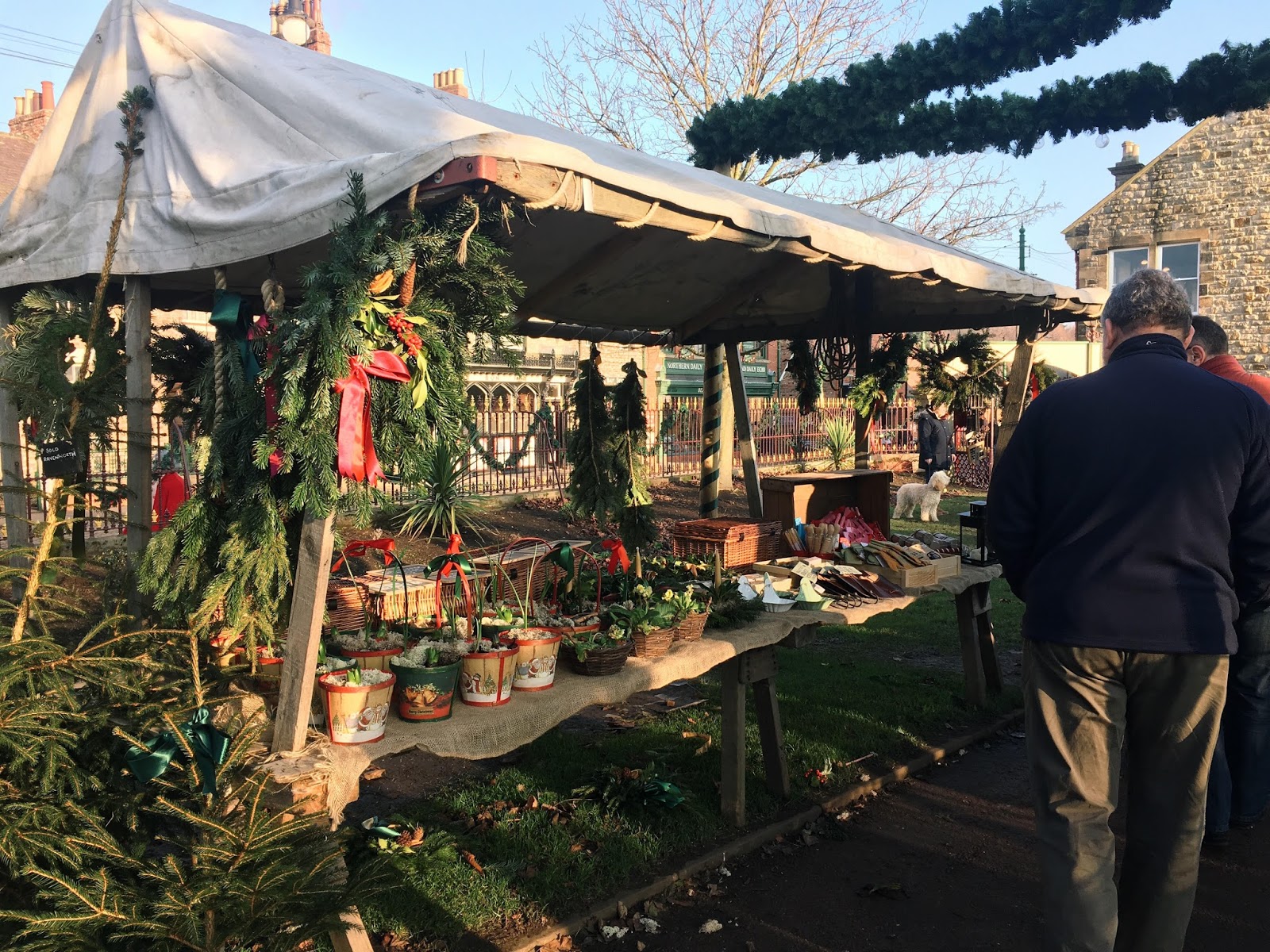 I bought some gorgeous hand made Christmas decorations and then we sat on the bench drinking mulled wine and George had some roasted chestnuts. The mulled wine was so delicious and it was so nice to sit and listen to the Christmas carols in the middle of the cutest mini Christmas market ever. 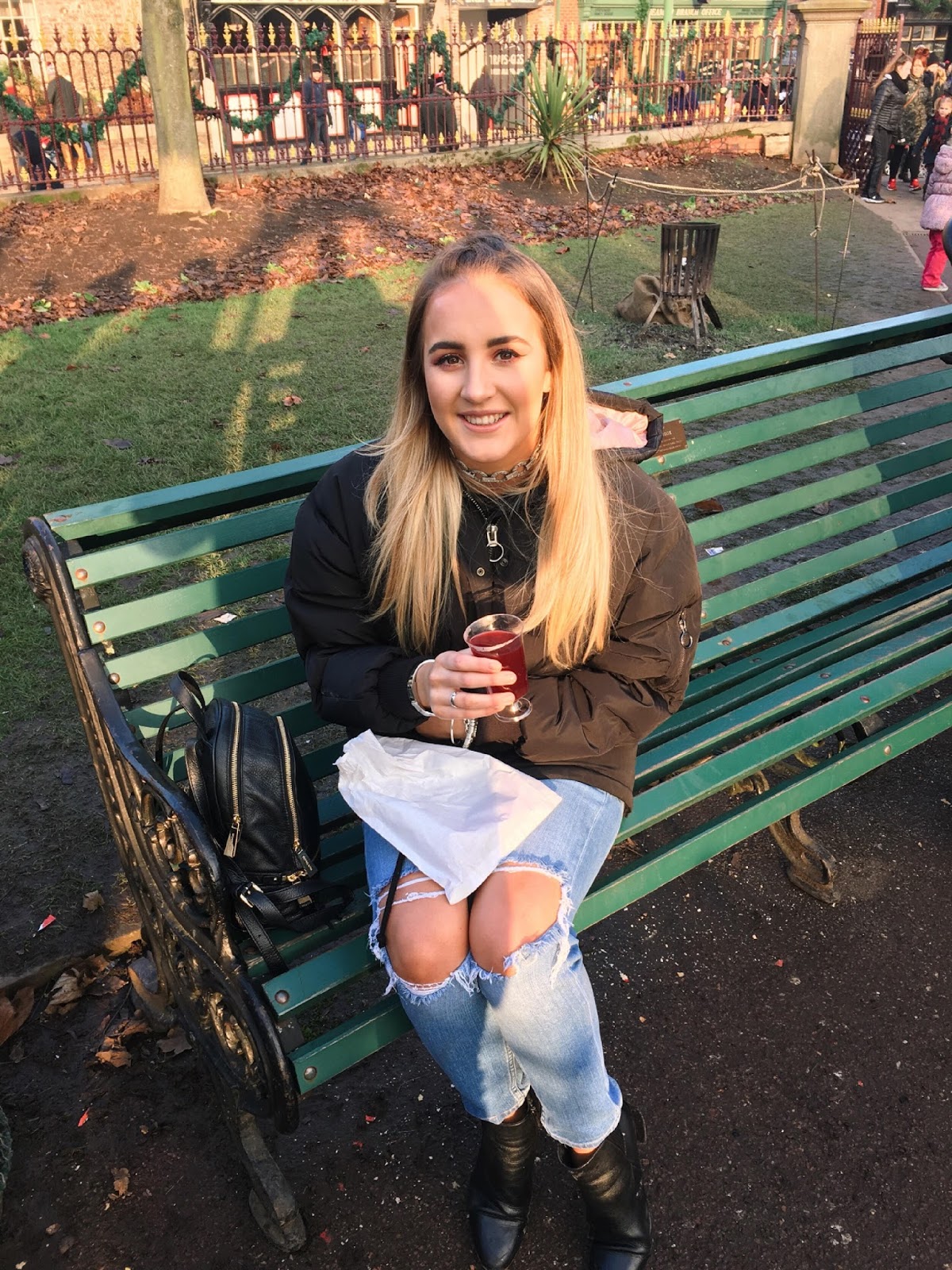 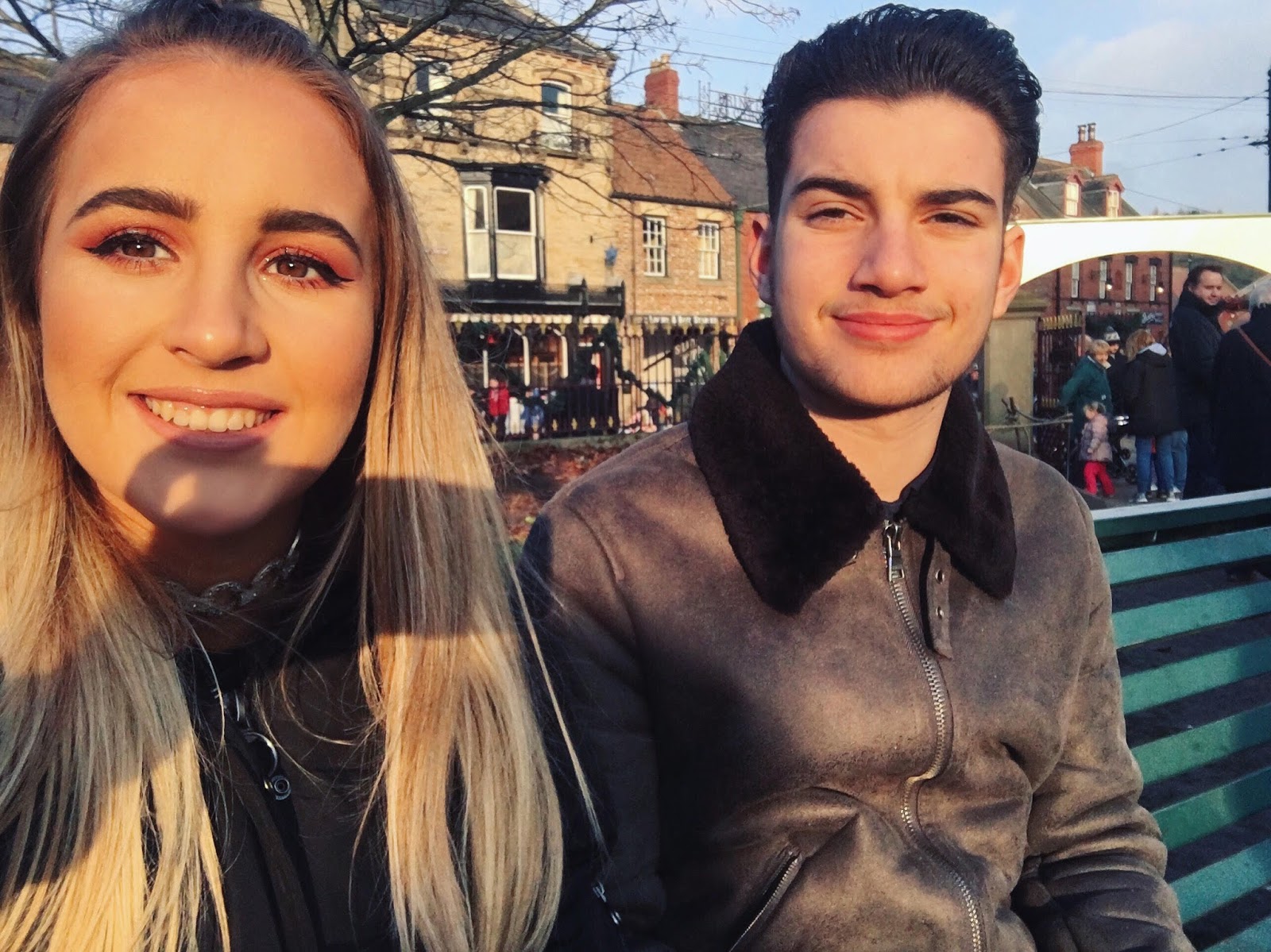 We had a look around the buildings that are all based around the early 1900s. The decoration and attention to detail at Beamish is amazing. Also all the staff are in full character and really informative and happy to talk to you, which makes the experience even better. I have always thought that working at Beamish must be such an enjoyable job as you get to dress up and live in a different time zone everyday! 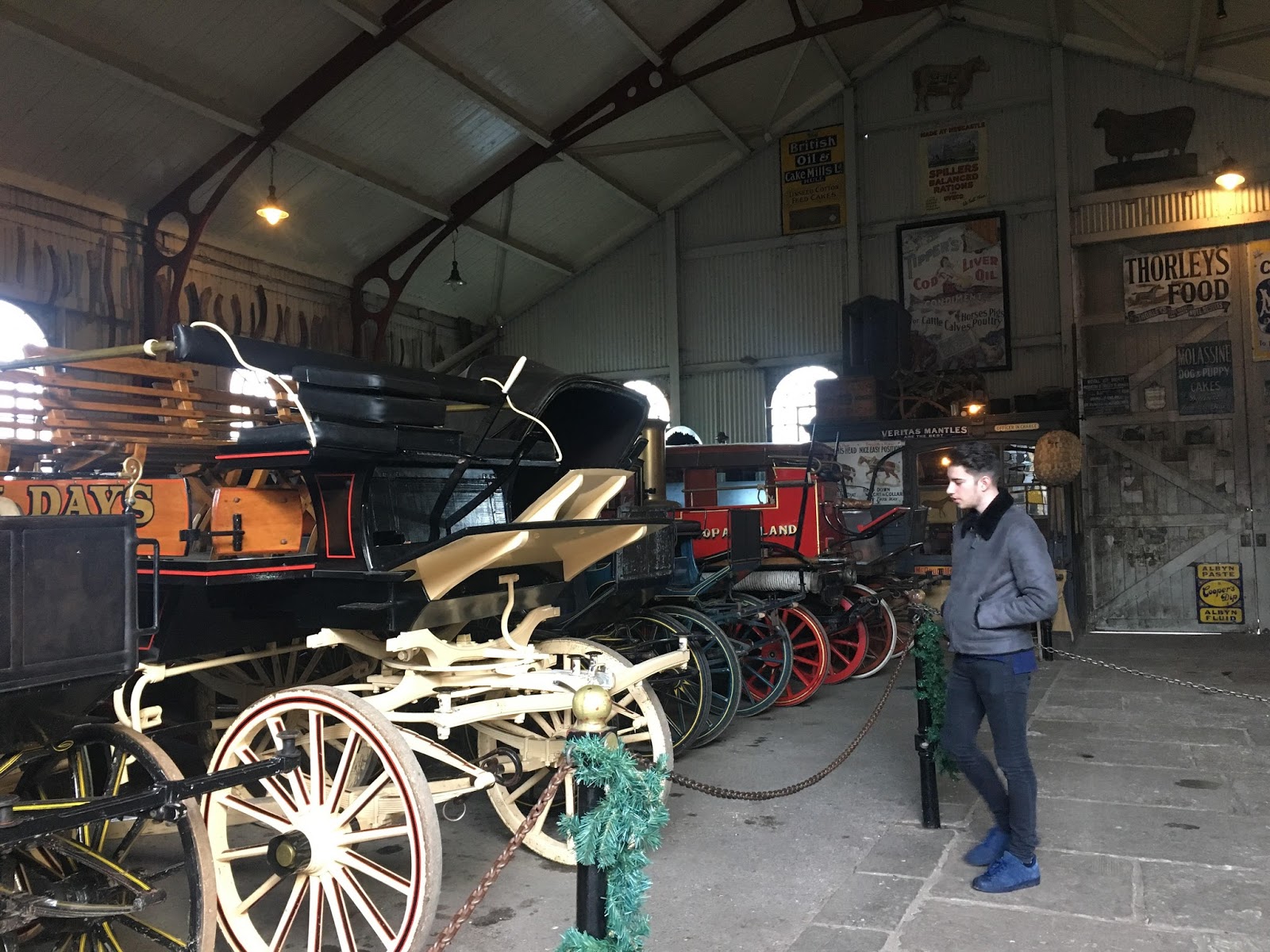 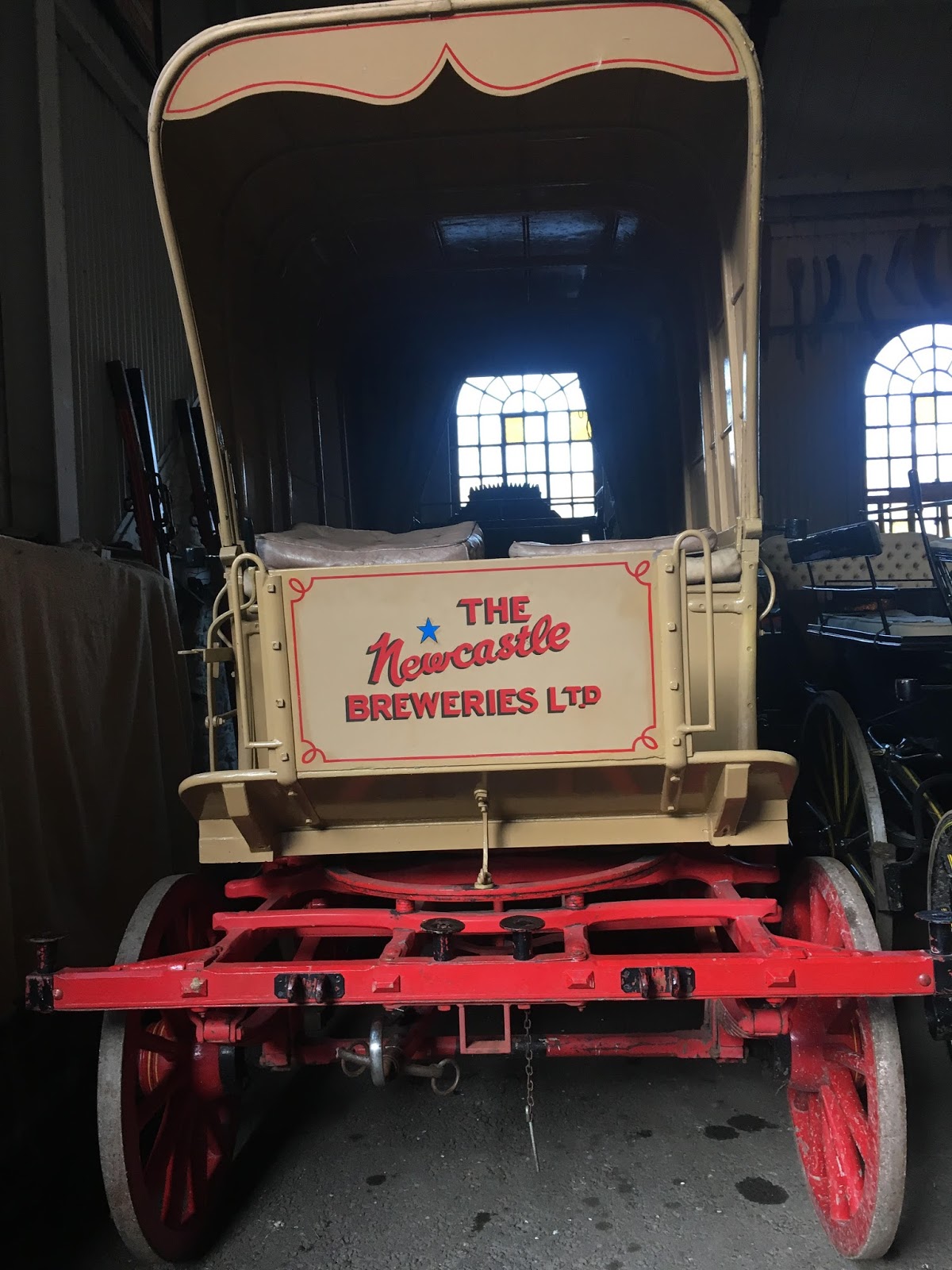 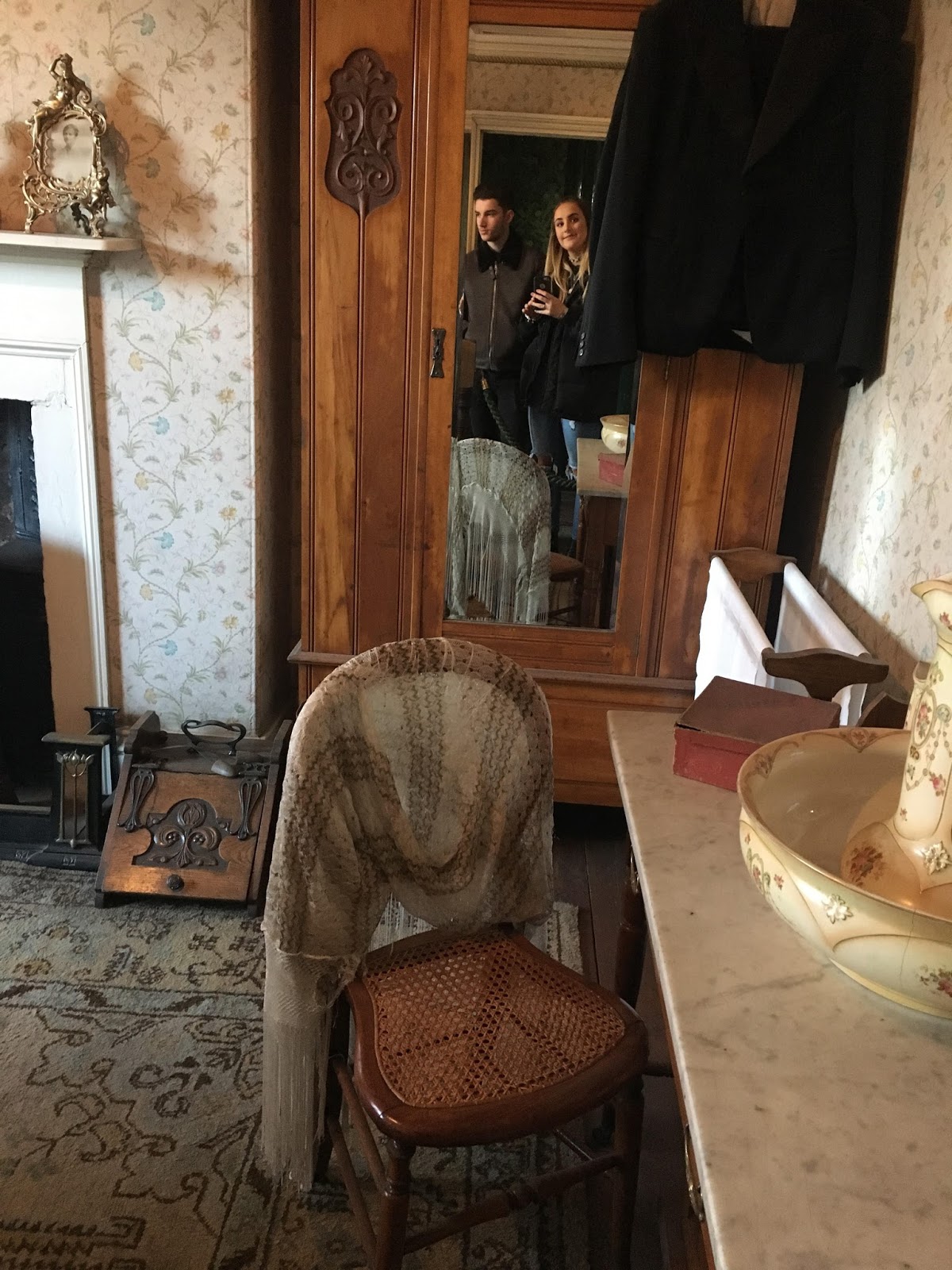 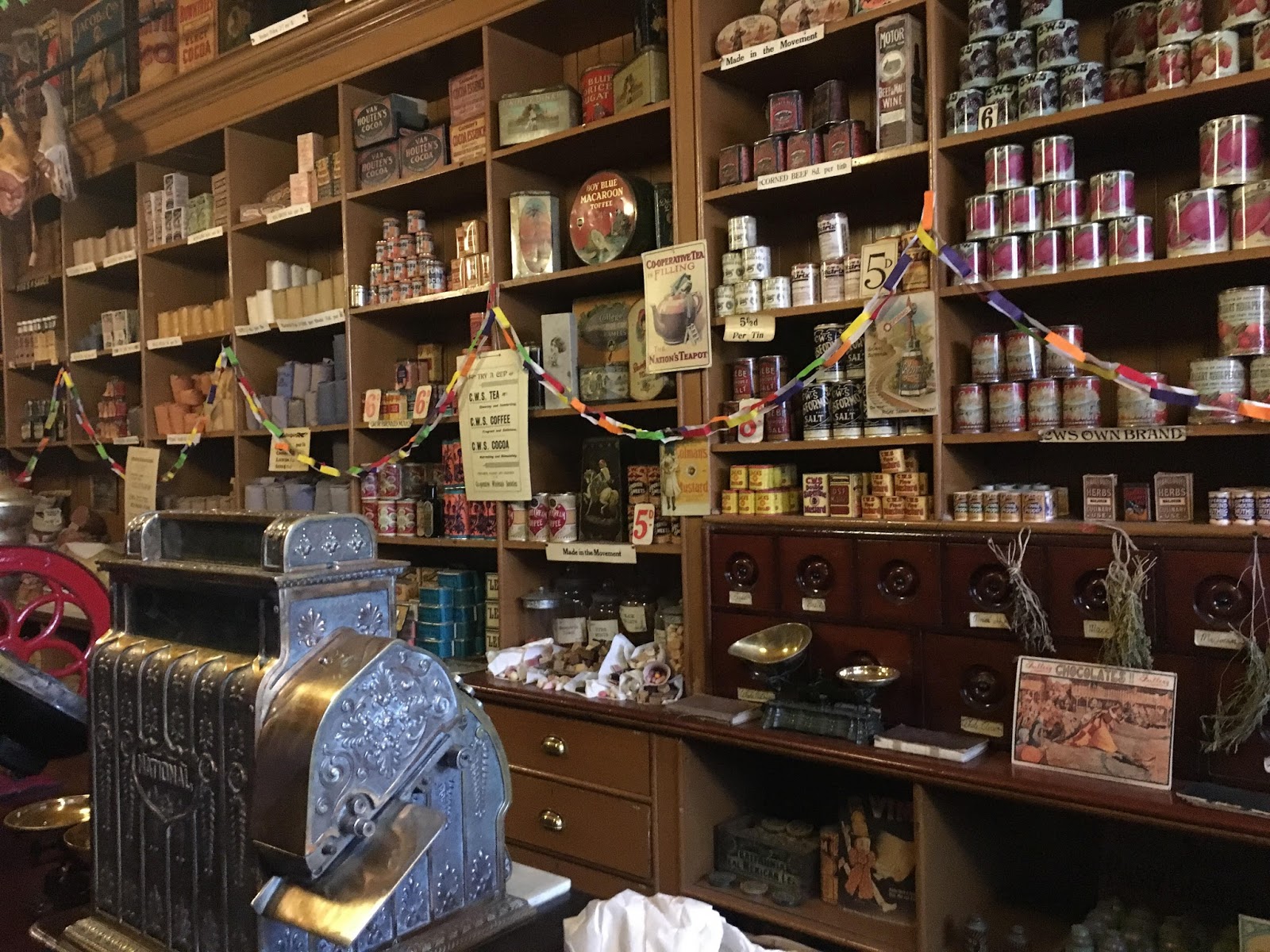 The village was also really festive, there was another band playing Christmas carols in the church and there was an area outside with another band and a hot drinks hut. In the school there was activities for kids, such as Christmas tree decoration making. There is an old fashioned fish and chip shop in the village which we really wanted to go to but the queue was so long, so it must be good! We went to the little snack shop instead and got traditional corned beef pasties and sausage rolls, which definitely beat Gregg’s! 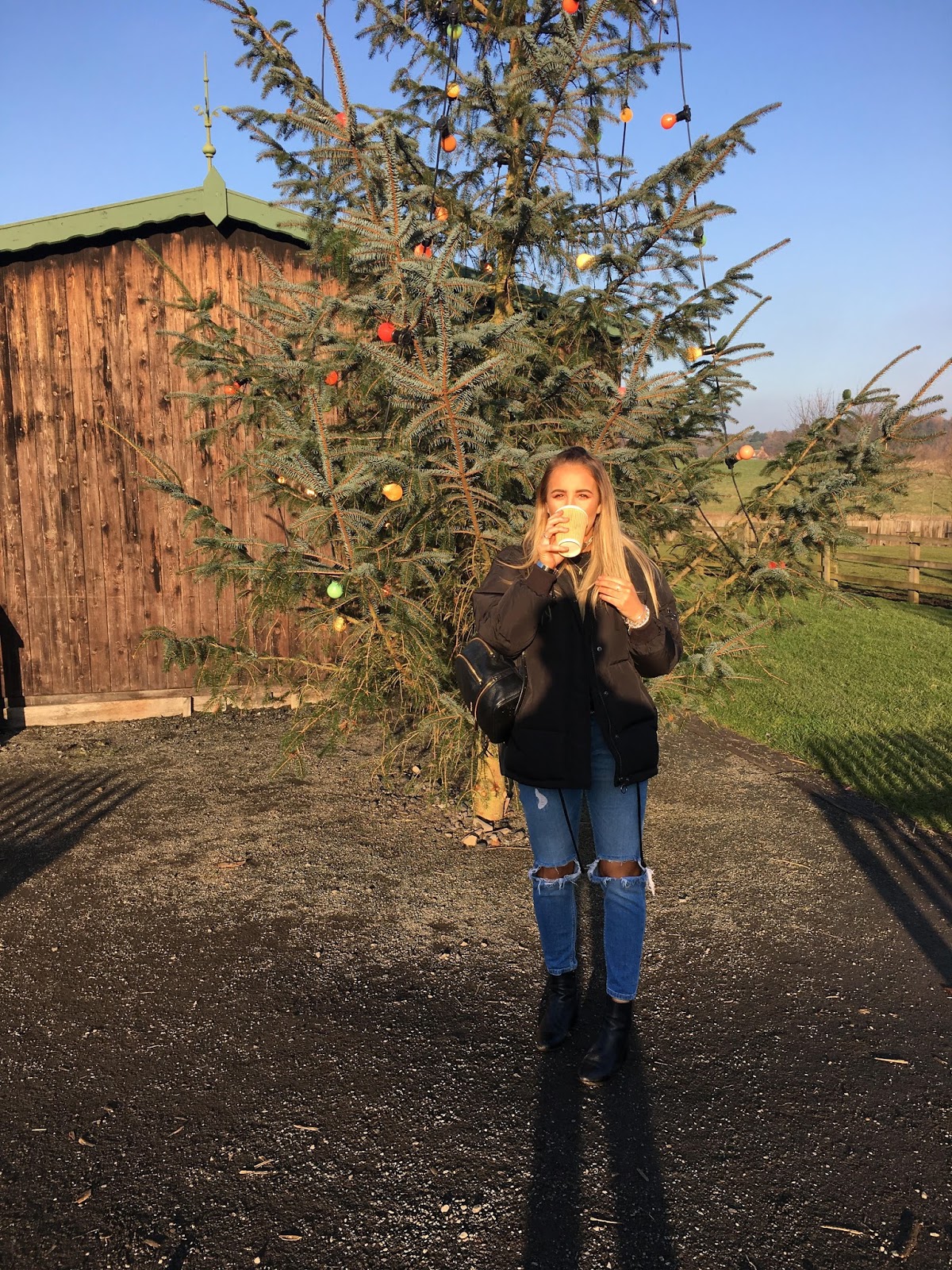 We passed the ice skating rink and fun fair on the tram and it looked so much fun! However, it was absolutely freezing and also so busy so we didn’t fancy the ice skating rink today. There was a carousel and shuggy boats. I was pretty annoyed that I was probably too old for the shuggy boats now, I used to love going on them as a kid and I always remember them at Beamish! The fair was decorated with colourful lights, Christmas trees and fake snow; it looked so pretty.

We got the trams and the buses a few times, which were really good as they came every 20 minutes to take you around the site. They were all old fashioned vehicles with a conductor. Most were double decker so you could see the amazing view across the fields. 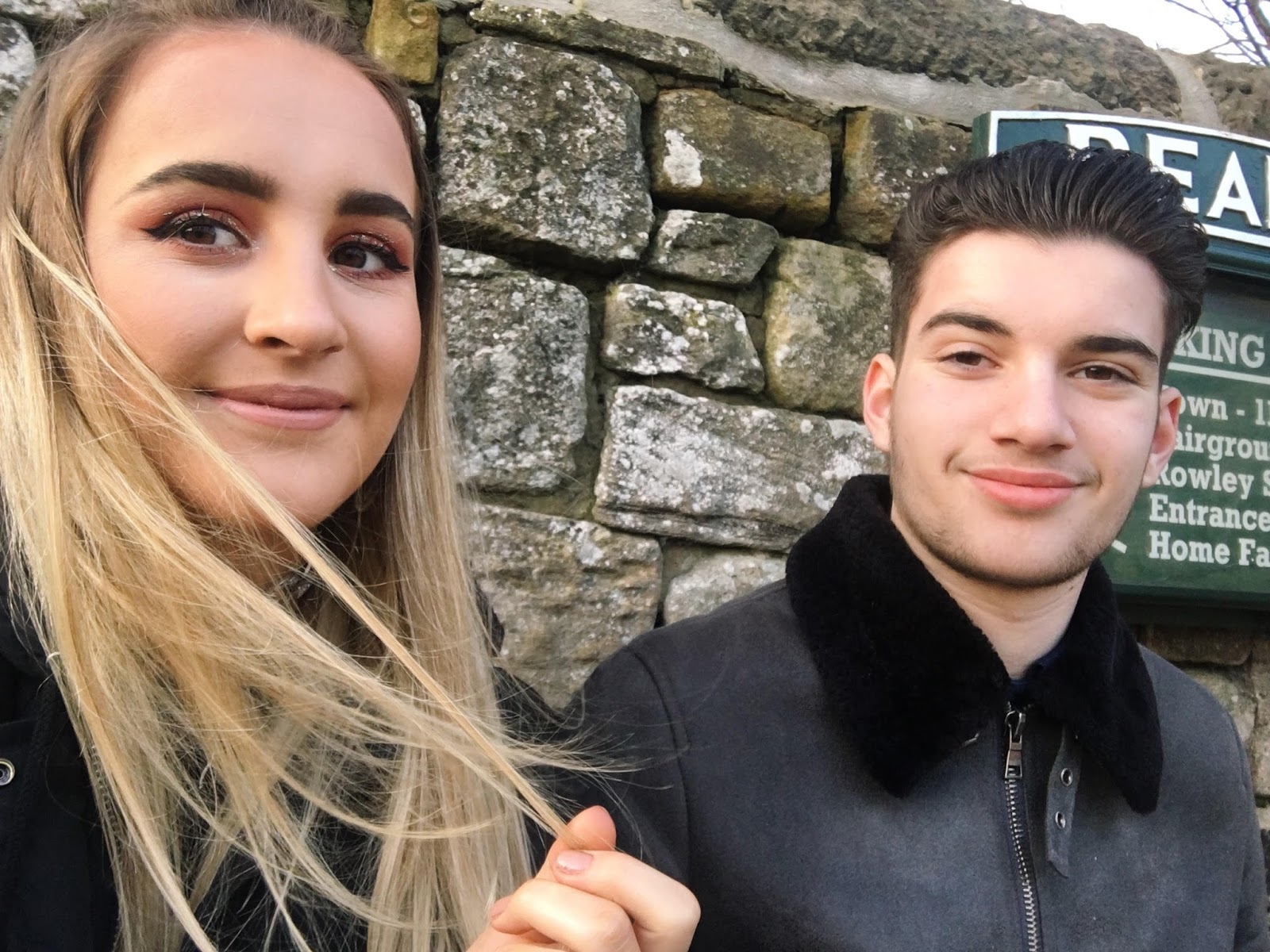 We had such an amazing day and came away feeling very Christmassy. I would definitely recommend a trip to Beamish over Christmas as there is something there for everyone in the family to enjoy.

Thanks for reading,
Georgia May X